My true love in pottery is large decorative pieces, particularly vases. I am awed by the large vases produced by the early Greek and Asian potters. I also have a great fondness for the hand formed pottery Pueblo Indians of the American Southwest and the potters of Mata Ortiz in Mexico. 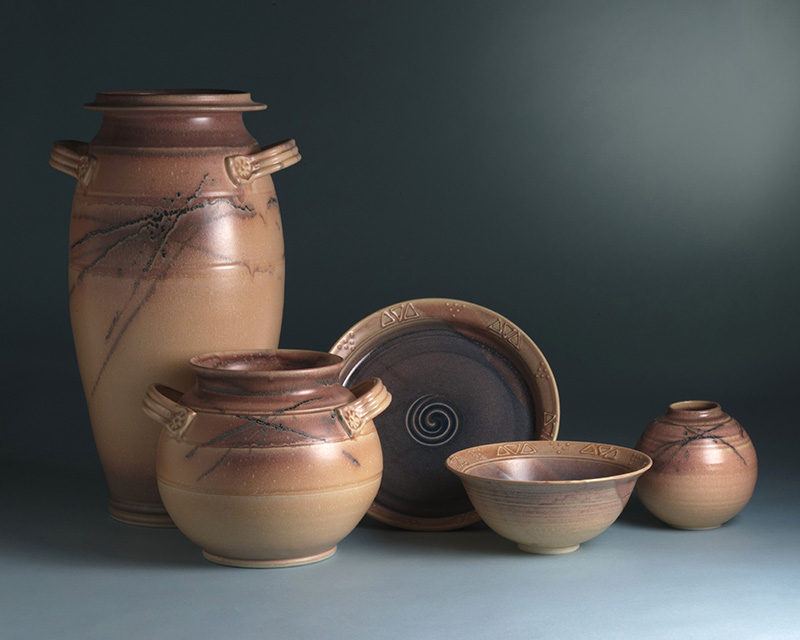 My goals with my pottery are first to produce pots with sound technique. This means the walls are an even wall thickness, the lip is well formed, the base is stable, the lid fits well, the handles are securely attached,  etc. Secondly, I strive to produce pots with beautiful forms. Clearly beauty is in the eye of the beholder but, there are several principles of design and proportion which have passed the test of time and my pottery generally follows those principles. Lastly, I view surface decoration and glazes as a means to add to the beauty of the pot rather than being an end unto themselves.

You can get a pretty good idea of my philosophy of pottery, and art in general, from an opinion piece I wrote that was originally published in Ceramics Monthly in December 1995. I have posted a copy of the article here.

I have been interested in art since kindergarten. During grade school, high school and college, I did quite a bit of drawing with pencil and pen & ink including doing box top art for a local model airplane company. I have also done a lot of photography since grade school and have been a part time professional photographer since the 1970’s. I never did much three dimensional work except several huge snow sculptures my brothers and I created while living in Chicago. When I got out of grad school with a master’s degree in mechanical engineering in 1981 I moved to Seattle. I was heavily involved in wilderness sports which didn’t leave a lot of time for artistic pursuits other than photography. 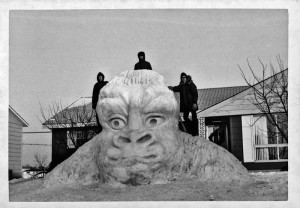 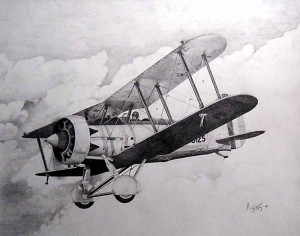 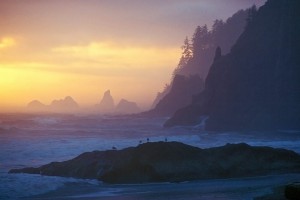 My first exposure to pottery was when a friend who had been a studio potter discovered a clay vein in a river bank near a forest service campground north of Seattle. He arranged a pottery weekend for some friends and my wife, Sandy, and I went along. On Saturday we built a small kiln out of cardboard covered in a layer of mud which we dried with a wood fire. In the afternoon we all made some hand built pieces of pottery from the clay we dug out of the river bank. That night we stayed up until the early hours of the morning to fire the kiln, taking turns feeding wood into the fire. By noon the next day we opened the kiln and took out our pieces. I was mesmerized by the process and the results. 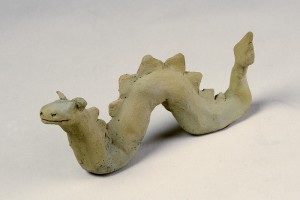 About a year later in 1992 Sandy signed us up for a beginning pottery class at the local community college. We both loved it! We had a wonderful teacher named Clay Horton who emphasized mastering the technique of throwing. We bought a wheel for home and continued to throw at both the school and at home while doing all our firing at the school for several years. Sandy kept with it for half a dozen years or so then moved on to quilting while I continued to work at the school for several more years. We built a new custom house in 1997 and added a small pottery studio as part of the workshop. I installed an electric kiln and a couple years later built a large spray booth. I have been working entirely from my home studio since 2001. 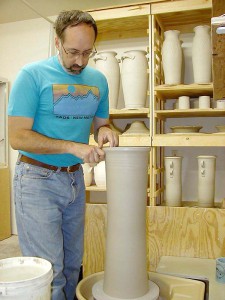 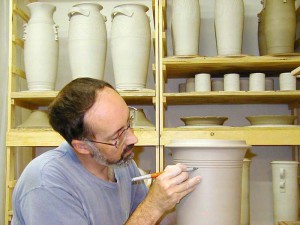 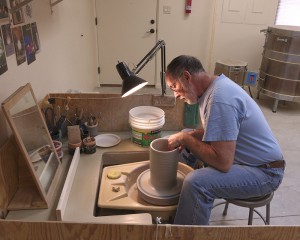 I began selling my work at student art fairs a year after my first class. A couple years later I began selling my work at galleries and art fairs in the Seattle area. In 2103 Sandy retired and we moved back to the Albuquerque area to be near her family. We built a custom house in Placitas and moved there in 2015. I began making pots again in 2016 and will be selling them at studios and art fairs in the coming years. 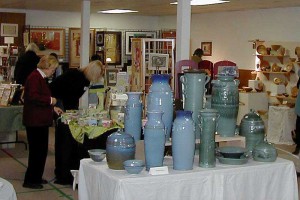 Over the years I have tried many different kinds of pottery and many different firing techniques from raku to cone 10 stoneware as you can see in my gallery of older work. Currently, I focus primarily on functional serving ware and decorative pieces. I throw a wide range of vases, jars, bowls, and platters. I really enjoy creating large pieces and routinely throw pots from 25 pounds or more of wet clay. Most of my current work is stoneware although I do occasionally throw porcelain. I have developed and continue to mix all my own glazes. My current glazes are an attempt to achieve some of the free and spontaneous feel of saggar pottery with cone 6 oxidation glazes. I am also fond of warm colors and high contrasts and my current glazes reflect this as well. 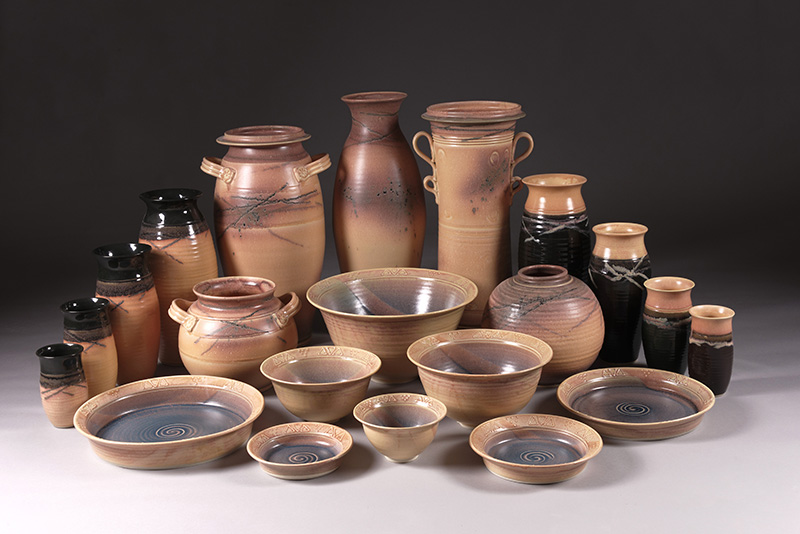